A Blockchain is basically a term from the library of accountants. ‘A chain of Blocks’ is formed by way of a distributed Ledger Technology. Every Block contains data and information that are verified and bundled together. These Blocks, after due validation are allowed to create an unbreakable chain of transactions and information, with other previous similar Blocks. Each Block of transaction, forming the Blockchain, is permanently recorded and set in the order of the transaction. This Blockchain accompanies the deal or product wherever it is next transacted.

Double Entry Bookkeeping has been used, by Accountants, for thousands of years, to ensure free and fair transactions between the two participants in a transaction. In this system, two separate Ledgers are maintained, by the two separate participants in the transaction that keep track of all debits and credits. This Double Entry Bookkeeping has been the biggest underpinning of our Financial System, since ancient times. In modern times, the Banking system works on this same principle, of maintaining separate Ledgers with the Bank and its Customer. Only the Customer and the Bank has access to this information. This is the basic concept of Blockchain, where the Ledger is distributed for public scrutiny, and becomes completely transparent. This has been around since the 90s, but was always found impractical for actual use.

But in 2008, a thunderbolt of a paper, by the then unknown Satoshi Nakamoto, related Block chain with a proposed new decentralized Cryptocurrency, called BITCOIN. Later in the year, this new virtual money was actually released on the Internet, and found an enormous reception amongst people, who had been struggling against governmental control and regulation of money. The BITCOIN was born.

Any currency is a medium of exchange that can be used to carry out financial transactions, regulated by the use of money. Money as we have known it, is a centralized medium of exchange, the unit value of which, in comparison to other currencies, is determined by the regulation and control of individual governments and their central banks. The final value of that currency is determined the parity value against other leading currencies, as well as by the supply of that currency in the market. This supply is regulated by the government and its central bank, by printing as much money as required for that time. There is no upper limit of the quantity of money that can be printed, by any country, and is said to be determined by the needs of that country.

This is the way money has existed in human society, since the beginning, first as Coins, then as Paper Money and finally as Virtual Money in Banks. But Cryptocurrency has brought a complete revolution in our understanding of money. A Cryptocurrency is defined as a Digital or Virtual currency designed to work as a medium of exchange. Transactions are verified and secured by the use of Cryptography. The supply of Cryptography in a Database is pre-determined under fulfillment of specific conditions. Where all other previous attempts at creating a Digital Currency, like DigiCash and Flooz, during the 90s peak period, have completely failed, the new Cryptocurrency movement that came with the release of the BITCOIN in 2009 is proving to be a real success.

The new currency was called “Crypto-currency” for a reason. The failed previous new currencies used a Trusted Third Party to verify and facilitate the transactions. But this was only partial Decentralization, and did not prevent the many ills already incumbent on “Fiat Money” (as traditional money was now being called). There were a whole host of features of Crypto-currencies that were truly novel, such as P2P (Peer To Peer) transactions, a total limitation to the number of BITCOINS which could ever be created or released, along with a time-span, and the Crypto Files that were used as Currency in the new dispensation. This was the addition of the Blockchain, which rendered all transactions completely transparent, and further, free from double payment.… Read On... 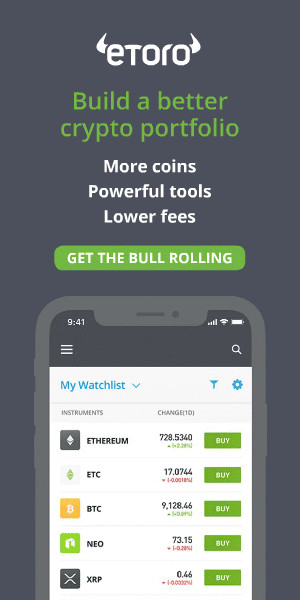